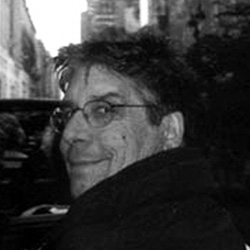 The Secret Life of a Fugio Copper
Something Old, Something New….

…Something borrowed, something blue.  And a lucky Fugio in her shoe. Well, that might not be exactly how the popular wedding verse goes, but perhaps colonial collectors will want to revisit that Victorian-era British tradition, since a Fugio copper had a place of honor in a wedding, just a few years after another colonial from the same collection was also a part of another wedding ceremony.  Besides, silver sixpences are getting pretty hard to find.

Many collectors today fondly remember the late Rob Retz who was one of the earliest members of C4 and a member of many other clubs both nationally and in his hometown of Portland, Oregon.  Rob was a wonderful human being who treasured his family and friends and who enjoyed his colonial coins as well – though he always put his family first in that equation. He was always willing to share information when asked, and frequently would not compete on a coin at auction when he knew a friend wanted it more.  I had the privilege of knowing Rob almost from the beginning – he ordered several things from my first price list back in 1989, just as he was focusing on colonial coins as his main area of interest, after deciding that they had more value – and a lot more opportunity to cherry-pick rarities – than the large cents he had been collecting.  A fast friendship developed, and we traveled together to many shows and auctions and frequently chatted on the phone; we even wrote an article together for The Colonial Newsletter outlining the re-discovery of the original Vermont mint.  At coin shows Rob was hard to miss, standing a good five or six inches taller than most others in the room, usually with a magnifying glass in one hand and a can of Coca-Cola in the other (no Diet Coke, no Pepsi – if that’s all a place offered he would leave the building or order “just water” in an acerbic tone).

Rob first started off collecting Connecticut coppers, and though he never had a huge number of varieties, he had many extremely rare pieces, many of which were cherry-picked in coin stores near his Portland home – he didn’t have much competition up there, and amazingly a fair number of colonials seemed to have ended up in the Pacific Northwest for him to choose from!  Rob’s Connecticut collection was eventually sold, intact, to Steve Tannenbaum, who was then starting to specialize in the series. Rob’s interest then turned more acutely to Fugio coppers – as he saw it, a much smaller series that still had rarities available for cherry-picking since few dealers attributed them at the time, aside from basic Redbook type information. Instead of trying to chase 300 Connecticut copper varieties, he could pursue 50-ish Fugios, and get coins in a better grade range overall.  There was almost no data then available on rarity and Condition Census levels for various varieties (though Alan Kessler’s 1976 book made a small start towards that, and Michael McLaughlin was serially publishing his “Fugio Files” in the pages of Penny-Wise, mainly focusing on auction appearances).

In just a few short years Rob assembled a first-class collection of Fugio coppers – not a complete set, but with quite a few R-7 varieties and many Condition Census level coins.  Not too bad for someone who always maintained that his collection was “free” – that is, the money spent on Fugios came from the profit he made on the sale of other coins (like his Connecticut coppers, a very rare large cent variety he cherry-picked, and other colonial and US pieces he sold privately).  The collection itself naturally led Rob to the next logical step – writing an updated book on the series. With the blessing of Eric P. Newman (who just celebrated his 100th birthday as this article was being written), Rob set out to collect images and data for just that purpose.

Rob Retz enjoying his final trip to New York, after the sale of the
John J. Ford collection of Fugio Coppers.

It was something of a shock when Rob shared the results of a medical test with a few friends in late 2003, when he found he had pleomorphic liposarcome, a rather nasty form of cancer.  Rob fought his cancer valiantly, and a cycle of chemotherapy treatment bought him several additional months of life, which was important to him as it meant more time with his beloved family.  But the body can only fight so much, and Rob passed away on May 17, 2004. While coins became far less important in his last months, he did manage to make it to the sale of the John J. Ford collection of Fugio coppers – the last major collection he needed to see for him to consider his research complete, and the last time that many of us saw him; this writer still remembers the post-auction dinner at a New York steakhouse where we all knew it would be our final meeting, yet the mood was far from maudlin.  Rob had come to appreciate that knowing that his end was near gave him a chance to do things that would otherwise not be possible – to say goodbye to those who were important to him. The black and white photograph here was taken on that New York trip, with Rob perched atop a double-decker sightseeing tour bus with his family. The smile on his face was always there, and even though he knew this was going to be his last trip to New York, you can tell he was enjoying himself immensely.

Even though he had more data than anyone else, Rob was always a perfectionist, and he wanted his book to be a little better.  In the end, he passed away without publishing his work, and it remains in limbo today (although one way or another, his research will be shared – whether published in the C4 Newsletter or printed privately and made available to interested collectors).

Rob left behind his lovely, vivacious wife Margaret and two daughters, Angela and Nicole, who were both single when Rob passed away.  Although their father was deeply missed, life continues, and both of his daughters married. While Rob was present at the weddings via a framed photograph, both girls wanted something a little more tangible, and both turned to coins to mark their father’s place in their respective ceremonies – and both chose colonial coppers to do so, the most fitting thing possible.

1787 Massachusetts Half Cent carried down the aisle by Nicole Retz

Nicole Marcelle Retz married Sean Patrick Callaghan on August 5th, 2006.   She carried a 1787 Massachusetts half cent (Ryder 3-A variety) tied in her bouquet.  The coin was part of Rob’s legendary “keychain collection” – his goal was to have a holed example of every major type of colonial and the end result was a massive ring of keys and coins that would have made any janitor jealous (and which was nearly impossible to carry around, let alone find a specific key or coin on).

1787 Fugio Copper carried down the aisle by Angela Retz

Angela Rochelle Retz married Eric Paul Williams on August 28th, 2010.  She carried a 1787 Fugio copper tucked into the ribbon of her bouquet.  This was, obviously, not one of Rob’s mainline coins in his collection; it was a piece that was found in a drawer in Rob’s desk after he had passed away, and was kept by the family.  Curiously, it was one that Rob was never able to attribute – a large area of die swelling on the obverse doesn’t match up with anything, though the lower grade obscures some of the details needed to attribute.  Knowing Rob, it was probably something that he kept close at hand, constantly trying to “put a number on.”

Rob would have been pleased to have these 18th century artifacts carried down the aisle when his daughters set off to begin their new lives – and the brides found the perfect way to honor their Dad’s memory as well.  While we often think of colonial coins as historical artifacts whose story ended long ago, it’s nice to see that a colonial coin can be relevant to someone’s life today, especially so to a non-collector.

The story doesn’t exactly end there, though.  For there was another “Fugio” that figured in Rob’s life.  He had a 1982 Alfa Romeo Spider, a blue ragtop roadster that he restored and would drive around town, top down and music blaring – even in the light Portland rain that most locals don’t even bother to pay attention to.  It proudly bore a personalized license plate reading – of course! – “FUGIO.” Perfectly fitting, since the Latin translates to “I Fly,” and the car certainly did. When the American Numismatic Association had their annual convention in Portland in 1998, Rob served as exhibit chair.  He invited a group of us colonial nuts to his home for a cookout, with excellent food, talk and laughter. Rob’s guest of honor at this occasion was personally picked up in that car by Rob, and driven to his home with the top down and the warm August air flying past as they sped along.  In the passenger seat was none other than Eric P. Newman (then only 88 years old) – and could one write a better ending than two of the foremost Fugio specialists of our time barreling down the road in a two-seater convertible with a FUGIO license plate to mark their journey?