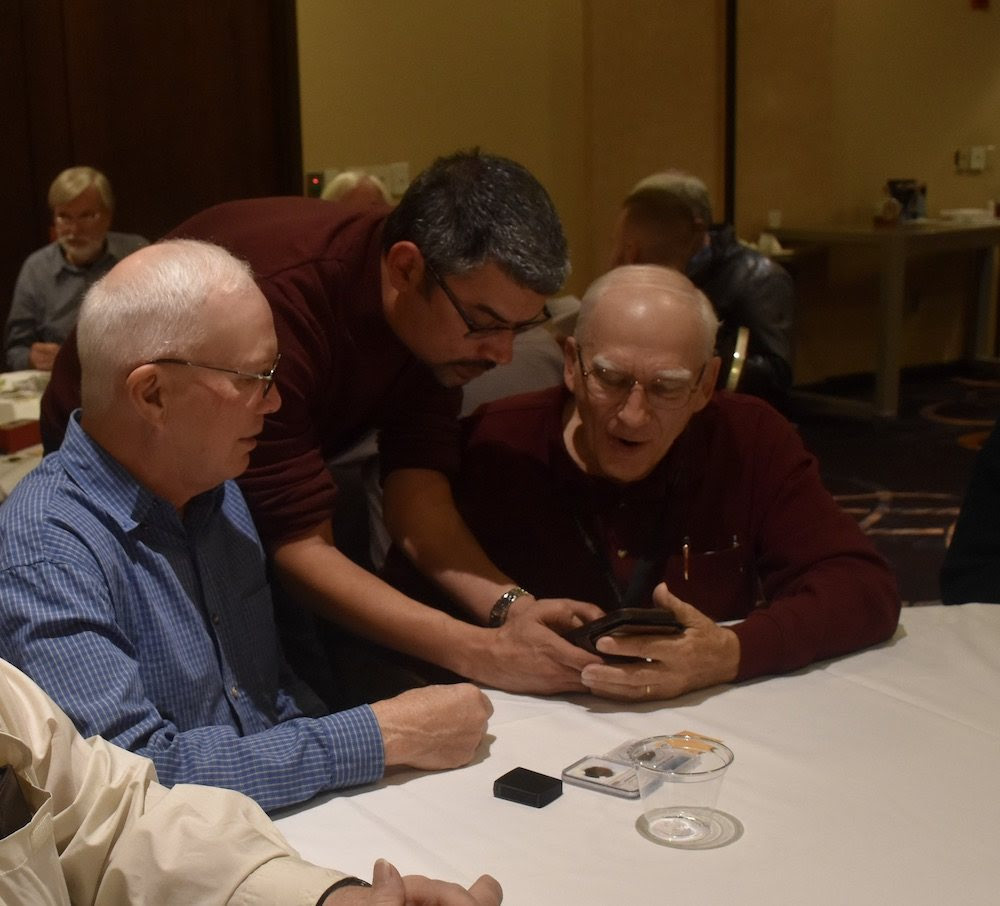 The Colonial Coin Collectors Club (C4) was founded in 1993 to provide a forum for collectors of numismatic material related to the Early American era. This involves coins, tokens, currency, and medals. The exact time frame encompassed by colonial numismatics is open to debate but is generally accepted to include the complete pre-federal period as well as some issues of the 1790s. The early George Washington coins, tokens and medals are considered colonial items by most, and some of these date to the first half of the nineteenth century.

The club provides a forum for people interested in this period. The aims of the club are:

For these purposes, the club will hold several meetings during the year in conjunction with major numismatic shows. The club has also established a colonial reference library. In addition, the C4 Newsletter is published quarterly.

The Colonial Coin Collectors Club, known to the hobby as “C4”, was founded in 1993 to provide a forum for collectors of numismatic material related to our Early American era. As the organization evolved from its Early American Copper Club roots, many aspects of both organizations are similar. The numismatic focus of C4 is the study of the coins and currency that circulated in the Americas from the founding of the New World until the establishment of the first US Mint in 1792. The medals commemorating George Washington and others commemorating our Revolutionary War are also included, even though most are dated later than 1792 and sometimes struck in the early 1800s. C4 was incorporated in the State of New Jersey in 1993 and is recognized by the IRS as a charitable organization and has received tax-exempt status under section 501(c) (3) of the IRS code. C4 is a member club of the American Numismatic Association (ANA) in Colorado Springs and the American Numismatic Society in Manhattan.

The first actual meeting of C4 was held at the ANA Baltimore Convention on July 30, 1993, where there was an attendance of about 60 persons. It was at this meeting that the initial format of C4 was discussed and established. For the past decade, C4 has averaged about 400 members yearly. The C4 membership is divided into nine regions, each of which has a representative on the C4 Board. C4 officers are elected every two years. These are unpaid volunteers that work for the love of the hobby and for the enjoyment of others. The elected officers consist of President, Vice President, Secretary, Treasurer and nine Regional Vice Presidents. Non-elected officers are the C4 Newsletter Editor, The C4 Librarian, C4 Publications Chairman, C4 Education Chairman, C4 Exhibits Chairman, C4 Webmaster, and C4 Convention Chairman.

In August 1993 the first C4 Newsletter, known to members as “C4N”, was written and mailed. The first C4 President and C4N Editor was Michael Hodder, well known numismatic researcher, author and cataloger. As this is written, C4N is in its third decade of publication and has won several awards for its content, format and numismatic scholarship. The contents range from light-hearted short articles to well researched scholarly papers. The C4N is the communication platform that keeps members informed and allows the sharing of information. Just recently, the C4N has been made available as a CD, using a searchable PDF format. Information about the CD and an index of the contents of all issues can be found on the C4 website.

Until recently, C4 has held an annual private auction of colonial numismatic material consigned by members and open to bidding by both C4 and EAC members. These were held at our annual convention. The cataloging was done by McCawley & Grellman and the catalogs published have proved to be invaluable numismatic reference books to the hobby. Starting in 2012, C4 has partnered with Stack’s-Bowers to hold an annual auction of colonial material at the Whitman EXPO in November, where C4 also has its annual convention.

C4 has proudly published scholarly books since its founding, as part of its educational mission:

C4 and the American Numismatic Society have also co-published:

C4 has a well-stocked lending library, which is available to members of C4 and EAC. For the cost of postage, members in good standing can borrow any title, thus promoting research and education. A catalog of titles available, and instructions on borrowing, is on the C4 website. C4 is a club that welcomes everyone that has an interest in any area of colonial numismatics. There are even members that don’t collect coins but just have an interest in the numismatic history of the time period. Many members have established life-long friendships through the camaraderie our club fosters. Others can choose complete anonymity if so desired.

Some of the coins that are most commonly collected by our membership:

In addition to collecting coins from all the foreign countries that circulated here, collecting the coins and medals commemorating Washington is always popular. Whether your budget allows you to collect well-worn colonials, those in pristine condition, or anywhere in-between consider becoming a member and allow us to help bring colonial numismatics to life for you.